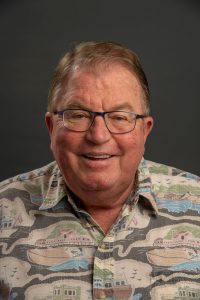 La Belle, who previously served as Vice Chair, replaces Natalie Rubalcava-Garcia as Chair. The board voted in new leadership at its Oct. 28 meeting.

“I am excited to take on the reins of Board Chair again and help lead the organization as we move into 2022,” said La Belle. “I look forward to using my experience serving on the Board since 2010 to create opportunities for families, businesses and local organizations to come together to enjoy the annual OC Fair and all the year-round activities at the fairgrounds.”

Pham has been vice president at California Bank and Trust since 2014 and was the principal financial analyst at Mitsubishi Materials U.S.A. from 2012 to 2014, senior analyst at McGladrey Capital Markets LLC from 2007 to 2012 and associate consultant at Smith Barney, Citigroup Global Markets from 2004 to 2007. Pham has served on the Board of Directors since 2016 and resides in Fountain Valley.

Exiting Chair Rubalcava-Garcia will continue to serve on the Board of Directors.

“I am extremely grateful to have had the opportunity to serve as Chair of the Orange County Fair Board,” said Rubalcava-Garcia. “It is with great pleasure that I can highlight our many accomplishments this past year which included navigating the pandemic, serving as a vaccine super pod site in an effort to help get the community vaccinated, hosting a very successful in-person 2021 OC Fair, initiating a community affairs committee which is tasked with ensuring OC Fair & Event Center is engaging with the community and focused on diversity, equity and inclusion initiatives and launching the organization’s three-year strategic planning effort.”

The Board also recently welcomed a new director, Melahat Rafiei. She has been Secretary at the California Democratic Party since 2021. Rafiei has been Principal at Progressive Solutions Consulting since 2009 and a Co-Founder of WeCann since 2017. Rafiei was Executive Director at the Democratic Party of Orange County from 2007 to 2009 and a Board Member at the Community Action Fund from 2007 to 2013. She is a delegate for the California Democratic Party and a member of Democratic National Committee and the City of Anaheim’s Cultural and Heritage Commission. She was appointed to the Board by Governor Gavin Newsom in September.

Board officers typically serve one-year terms and are nominated for office by a committee of fellow Board members.