Home » About Us » What’s New» Skyhawk aircraft to be transported to Heroes Hall on Sept. 26

Skyhawk aircraft to be transported to Heroes Hall on Sept. 26 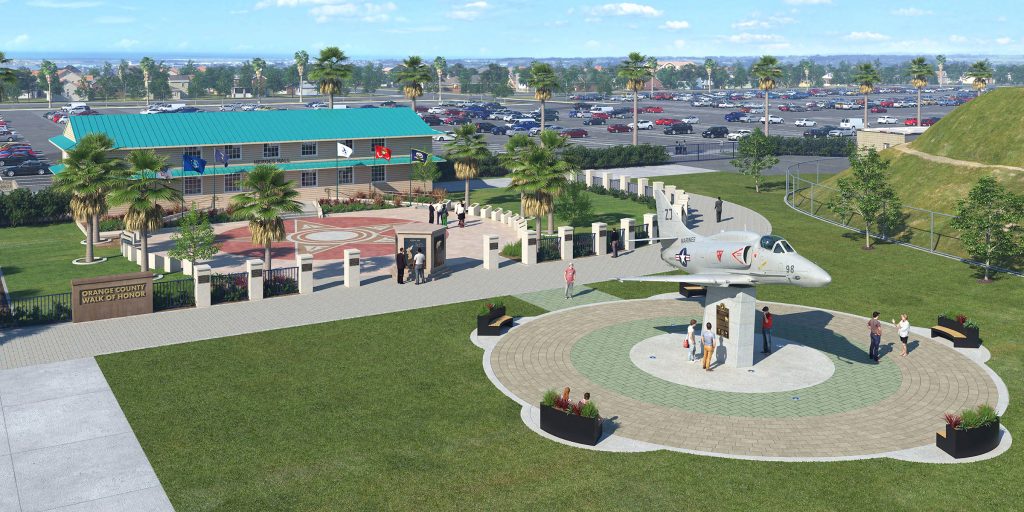 The Vietnam-era A-4M Skyhawk aircraft will be relocated from the Santa Ana Civic Center to Heroes Hall late on Sept. 26. The plane has been a part of Civic Center Plaza for more than a decade, but has to be moved due to construction plans.

The aircraft will be transported to OC Fair & Event Center overnight and will be lifted onto its new display pedestal which is surrounded by hardscape and seating areas. The Skyhawk will be officially unveiled at the annual Salute to Veterans event on Nov. 9.

Preparations for the move will begin at 8 p.m. as the plane is detached and removed from its current mounting and loaded for transport. The aircraft will begin its move from the Civic Center at approx. 11:30 p.m. on Sept. 26. Bragg Crane and Rigging will carry the Skyhawk north on Broadway, then down Civic Center Drive to Fairview Road, and on to the fairgrounds at 88 Fair Drive in Costa Mesa.

The California Highway Patrol will escort the plane on the approx. 15-mile journey to its new place of honor at Heroes Hall. The move is expected to be completed by 5:30 a.m. or earlier on Sept. 27.

The aircraft is on loan from the National Naval Aviation Museum in Pensacola, Fla.