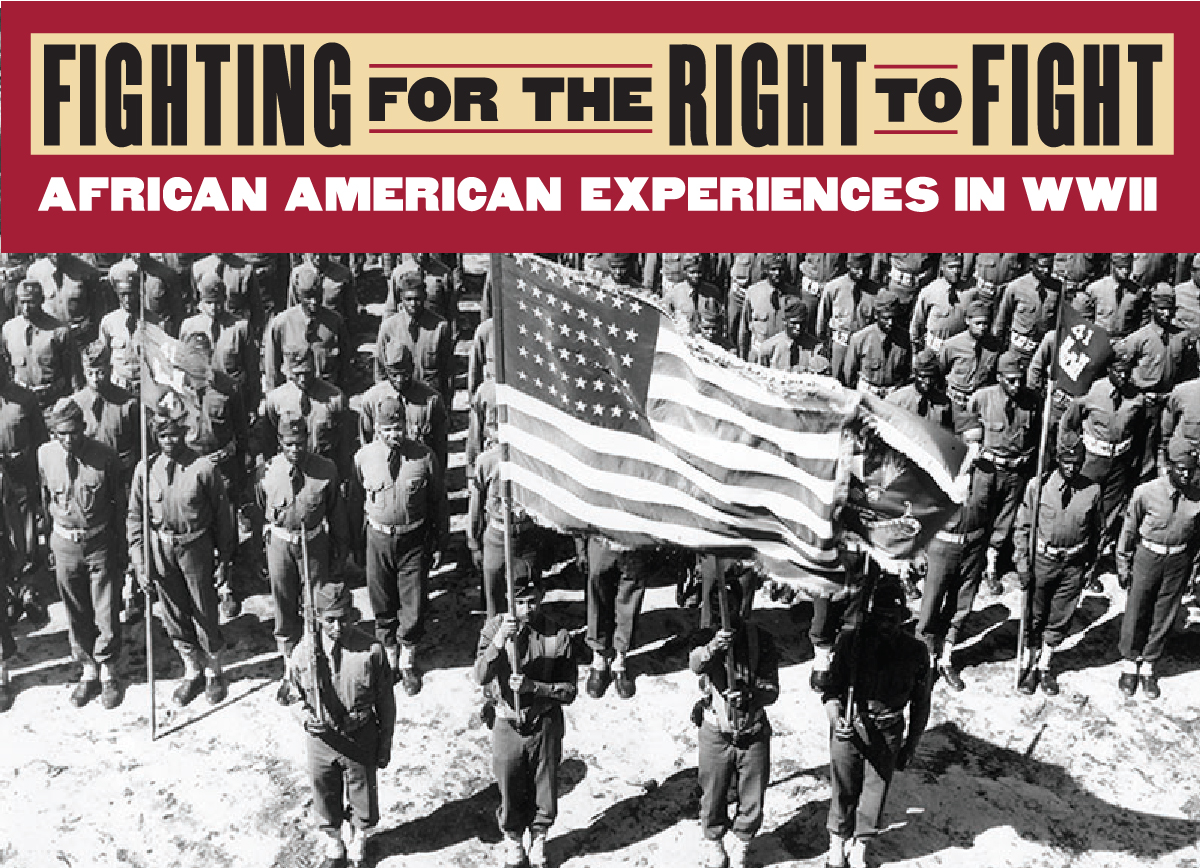 On Feb. 16, 2022, Heroes Hall Museum at the OC Fairgrounds will open a new exhibit called Fighting for the Right to Fight: African American Experiences in World War II. Produced by The National WWII Museum, the exhibit features artifacts, photographs and oral histories to highlight some of the extraordinary achievements and challenges of African Americans during World War II, both overseas and on the Home Front.

A national advisory committee, including the late Dr. Clement Alexander Price of Rutgers University, was commissioned to help frame the exhibition. The committee, led by co-chairs Dr. John Morrow of the University of Georgia and Claudine Brown of the Smithsonian Institution, helped advise on the exhibition’s narrative arc and content.

“The importance of this exhibit at this time in our country’s history can’t be understated,” said Carol Singleton, Heroes Hall Supervisor. “Over the past two years, we have been reminded of the devastating consequences of implicit bias as well as outright racism that still plagues our communities. This exhibit is a tribute to those who stood up to the injustices of segregation and discrimination while also putting their lives on the line for their country.” 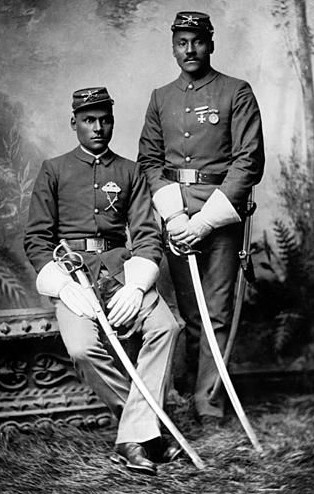 In the years before World War II, African Americans in many parts of the country were treated as second-class citizens. Discriminatory practices were condoned by the government, and African Americans were systematically denied many rights and liberties by laws that kept them in positions of inferiority. Due to the landmark Plessy v. Ferguson Supreme Court decision in 1896, the United States was a nation where “separate but equal” was law in many states. In addition, many military leaders declared African Americans unfit to serve in combat. However, once the war began, thousands rushed to enlist, determined to fight for freedom, while still being denied equality at home.

On display at Heroes Hall Museum through Sept. 18, 2022, Fighting for the Right to Fight illustrates how hopes for securing equality inspired many to enlist, the discouraging reality of the segregated non-combat roles given to black recruits, and the continuing fight for “Double Victory” that laid the groundwork for the modern Civil Rights Movement.

Through interactive experiences, visitors will discover the wartime stories of individual servicemembers who took part in this journey of extraordinary challenge, from unheralded heroes to famous names, including Alex Haley (US Coast Guard); Sammy Davis Jr. (US Army); Benjamin Davis, Jr. (US Army Air Forces); Medgar Evers (US Army) and more. 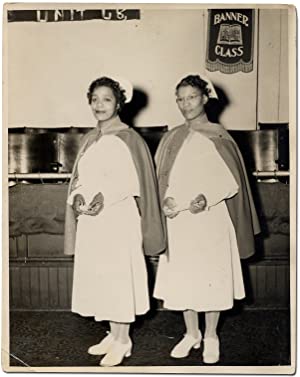 Including personal accounts from members of the 332nd Fighter Group, the video provides an overview of how their success in battle became a great symbol of bravery, helping refute notions that African Americans were inferior performers in the military, especially in roles requiring advanced training. Lieutenant Colonel William Holloman III recalls his leader Colonel Benjamin O. Davis, Jr.’s encouragement: “He said, ‘America’s watching you.’ He instilled in us a pride that I don’t think was there before we went in the service.”

Additionally, Fighting for the Right to Fight will feature two medals representing the seven African Americans who were awarded the Medal of Honor in 1997, the bittersweet result of a long investigation by the US military on discriminatory policies in the awarding of combat medals. The exhibit will also provide in-depth coverage of lesser-known events and service, such as that of the USS Mason, the first American ship to have a predominately African American crew.

In conjunction with the Fighting for the Right to Fight exhibit, Heroes Hall will be offering a speakers series on a variety of topics related to Black history as well as the struggle of other groups such as women, Latinos, and Japanese Americans.

See artifacts and images from the exhibit and learn more at righttofightexhibit.org. 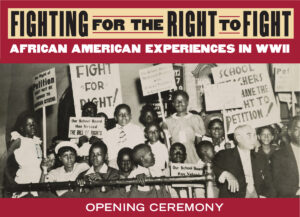 Join us for the grand opening of Fighting for the Right to Fight: African American Experiences in World War II. The event will feature speakers, performances and kids activities.

This event is free and open to the public.

When: Saturday, Feb. 19, 11 a.m.
Where: Heroes Hall Museum at the OC Fairgrounds in Costa Mesa

The National WWII Museum tells the story of the American experience in the war that changed the world – why it was fought, how it was won, and what it means today – so that future generations will know the price of freedom, and be inspired by what they learn. Dedicated in 2000 as The National D-Day Museum and now designated by Congress as America’s National WWII Museum, it celebrates the American Spirit, the teamwork, optimism, courage and sacrifices of the men and women who fought on the battlefront and served on the Home Front. For more information, call 877-813-3329 or visit nationalww2museum.org.

Heroes Hall Museum is a permanent, year-round museum and education center with exhibitions, performances and educational programs that celebrate the legacy of Orange County veterans and others who have served our nation. The two-story exhibition space will rotate themes semi-annually with each focusing on an aspect of the personal stories and experiences of veterans. Heroes Hall is open Wednesdays through Sundays from 10 a.m. to 4 p.m. Admission is free. For more information, visit ocfair.com/heroes-hall.