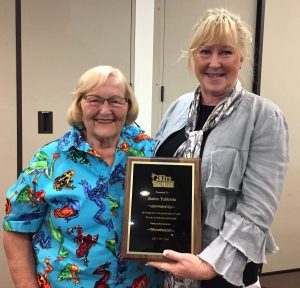 “Where are the restrooms?”

That’s the most commonly asked question at the OC Fair – at least according to Janice Tubbiola.

And she should know. She’s been working at the Fair since 1967, when she began as an assistant supervisor in the 4-H building – and before that she was a volunteer clerk. For the past few years she has worked in the information booths at the OC Fair.

“I decided to work in the information booth because I figured if I didn’t know about something, then nobody did,” Tubbiola said.

With 50 years under her belt, she’s probably right, but at 82, she admits she’s also forgetting a few things – specifically timelines. She jokes about not always being able to remember if a certain event was last year or 10 years ago.

Still, while she may not remember exactly when something happened, she sure does have a lot of stories about what has happened at the OC Fair. Her memories are made even more meaningful by the fact that Mark and his siblings have all worked at the Fair in some capacity as well, and now one of her 12 grandchildren – Nik Kieler – is on the Fair staff. 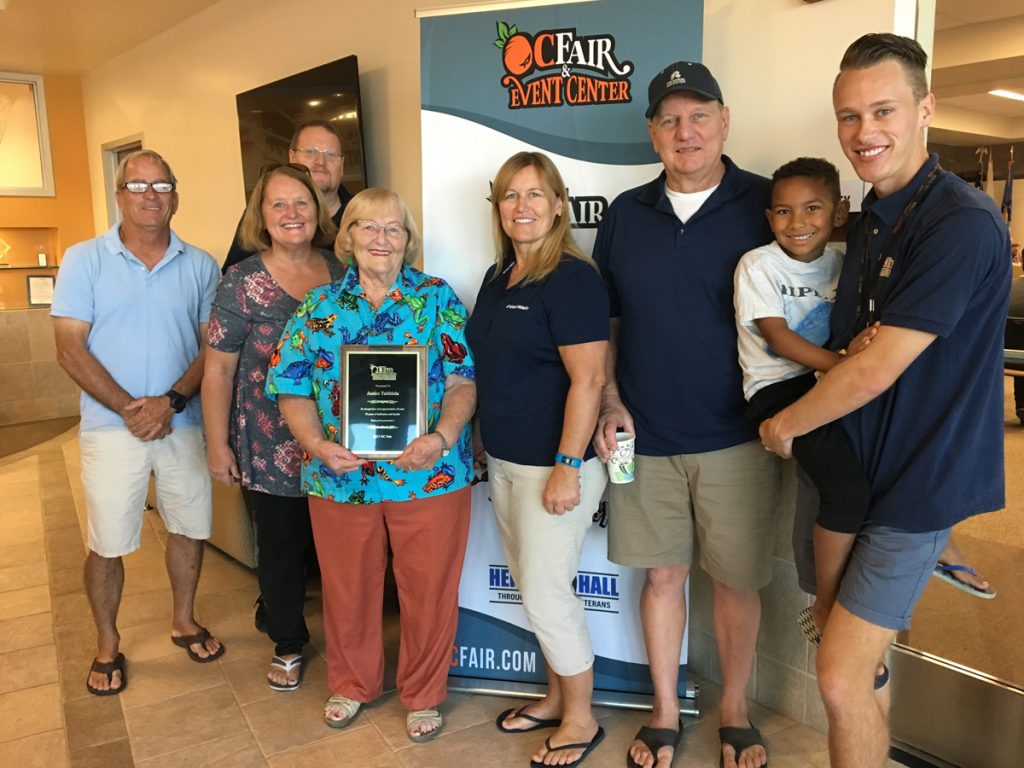 Tubbiola remembers one of her sons working in maintenance years ago, when he sprayed a pair of his tennis shoes silver and then nailed them to a tree. Every time she walked by the tree, which was near Baja Blues, she would chuckle at the sight, until eventually someone finally took the shoes down. Tubbiola and her family made their mark on the OC Fair – both literally and figuratively.

“All their elementary school friends come and see me in the booth,” Tubbiola said.

She also has fond memories of how the Fairgrounds used to look, like when the Main Mall had grass in the middle, and the appearance of the old floral building, especially when a former boss got married inside. But she said she likes the new look of Pacific Amphitheatre, and she loves Heroes Hall.

During the 2017 OC Fair, a young man approached her booth and asked questions about Heroes Hall. She pointed to the various groups that had been stationed outside the veterans museum and mentioned recruiting. The young man was intrigued, and Tubbiola said he ended up walking straight over to the recruitment booth. She doesn’t know for sure if he enlisted, but she seemed proud to have sent him off toward a possible career in the military.

“All of her roles here have been working with the public because she loves the interaction,” said Kieler, who works at Centennial Farm. “I think she really likes the ‘fair family’ vibe, and that we all work together to put on an event for the community.” 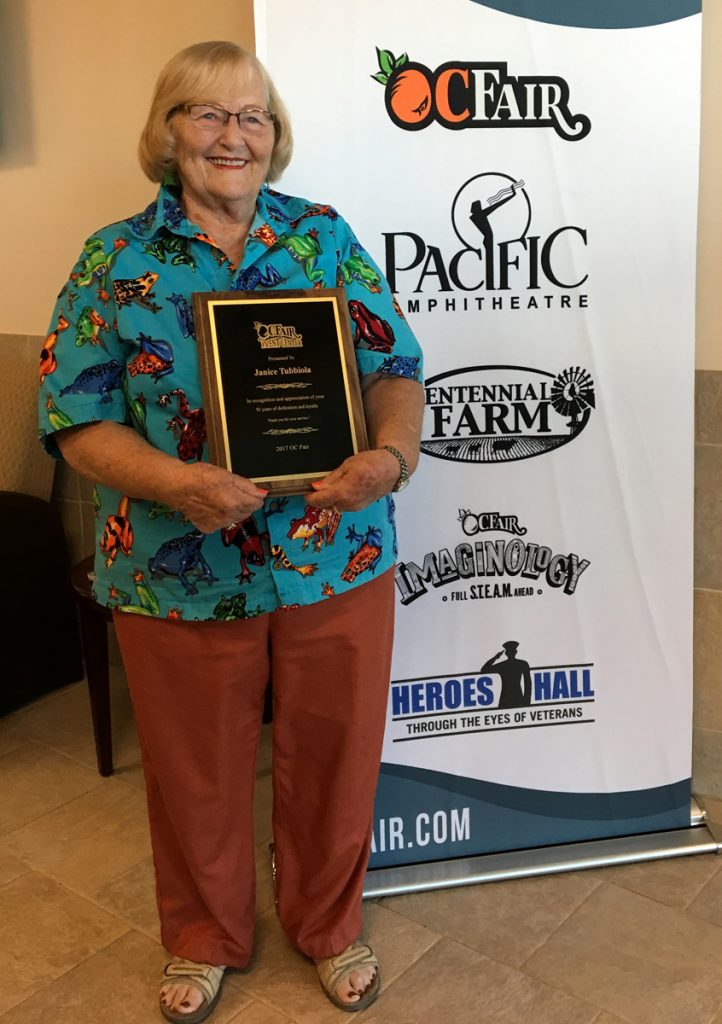 One of Tubbiola’s favorite things about the OC Fair is the Read and Ride program offered to kids. She said she hears from parents about how great it is to get their children to read during the summer, and she enjoys seeing the looks on the kids’ faces when they are handed their prize – three free carnival rides – after turning in their book form.

After all these years, Tubbiola still lights up when she talks about the OC Fair. She likes to interact with people and enjoys being part of the staff.

And even if she isn’t on the payroll anymore, she still plans to come back every year. In fact, she’s already made a request to CEO Kathy Kramer about being issued a lifetime Super Pass.