Home » About Us » What’s New» Jim Gaffigan, Kool & the Gang headlining this summer; plus, annual craft beer fest to return to 2022 OC Fair

OC Fair has announced more if its 2022 summer entertainment lineup. Live music performances at Pacific Amphitheatre include Kool & the Gang with Sister Sledge on opening weekend, and Jim Gaffigan on Aug. 4.

Also performing during the OC Fair at The Hangar: Elton – The Early Years – A Tribute to Elton John, Dog N Butterfly – The Heart Experience and The Long Run – Experience the Eagles. OC Brew Hee Haw, the annual craft beer festival, will return this summer at a new venue: Action Sports Arena.

Tickets for these shows will go on sale Saturday, Jan. 22, at 10 a.m. on Ticketmaster. 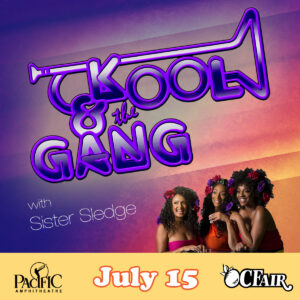 Get ready for a dance-filled summer night with Kool & the Gang and special guest Sister Sledge. Formed as a jazz ensemble in the mid-’60s, Kool & the Gang became one of the most inspired and influential funk units during the ’70s, and one of the most popular R&B groups of the ’80s after their breakout hit “Celebration.” They’ll follow Sister Sledge, the sibling vocal group behind the anthem “We Are Family.” 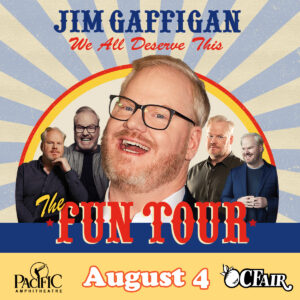 It’s about time for some belly laughs. Jim Gaffigan is a five-time Grammy-nominated comedian, actor, writer, producer, best-selling author, two-time Emmy-winning top touring performer, and multi-platinum-selling recording artist. He is known for his unique brand of humor, which largely revolves around his observations on life. Gaffigan recently released his seventh stand up special, Quality Time, with Amazon Studios, making history as their first original comedy special. He also continues to tour around the world.

COMING TO THE HANGAR 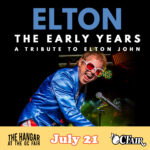 Accomplished musician and vocalist, Kenny Metcalf recreates the multiple Grammy-winning legend and flamboyant superstar in each and every performance. Dazzling outfits, stunning vocals, and a spectacular backing band complete this reproduction that brings the audience on an adventure of both sight and sound. 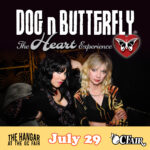 Created in late 2003, Dog N Butterfly is a five-piece band dedicated to bringing their talent and love of Heart’s memorable music to the stage. Complete with retro-inspired costume and dance, Dog N Butterfly performs all the ’70s hits as well as the chart-toppers that brought Heart back into the lime light in the ’80s. 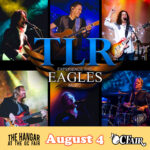 The Long Run is a hard-working tribute act from Los Angeles dedicated to faithfully recreating the timeless music of The Eagles. Marked by lush harmonies and exceptional musical accuracy, every performance delivers a reverence for the beloved Eagles recordings, blended with TLR’s own live-concert personality. 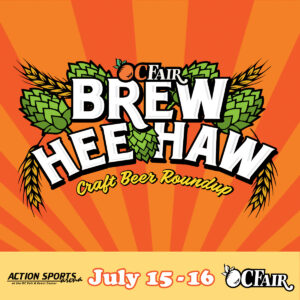 Following another record-breaking year, the 8th Annual OC Brew Hee Haw Craft Beer Roundup will return to the OC Fair on July 15 & 16, 2022! In addition to delicious unlimited beer tastings, each session will include entertainment with epic themes in their genres by some great live music. Band information to be announced, so stay tuned!

Tickets to these shows go on sale to the public Saturday, Jan. 22, at 10 a.m. on Ticketmaster. Tickets to concerts occurring during the OC Fair include same-day admission to the OC Fair. The 2022 OC Fair is July 15-Aug. 14, open Wednesday-Sunday. Advance tickets are required.