Home » About Us » What’s New» What’s happening along Arlington Drive? 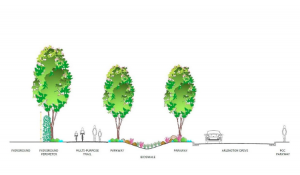 Here is an update from the City of Costa Mesa:

As construction begins on new Arlington Drive Improvement Project, Public Services announced that grading, roadway and storm drain construction is scheduled to started Nov. 27 and will continue through March 15, 2018, closing the south half of Arlington Drive from Gate 5 at OC Fair & Event Center /west end of TeWinkle Park to Newport Boulevard.

Only westbound traffic will be allowed in this area, but two-way traffic on Arlington Drive between Fairview Road and Davis Magnet School will be maintained.

Residents are asked to please take a detour around the project site and use alternate routes for eastbound travel. City staff appreciates the public’s patience and cooperation while the project is under construction.

Q: What is going on with the construction on Arlington Drive, along the perimeter of OC Fair & Event Center?

A: The City of Costa Mesa Public Works Department is putting in a new storm drain system and improvements to the roadway and the land on the south side of Arlington Drive.

Q: Do these improvements include a sidewalk next to the Fairgrounds?

A: Yes. There will be a concrete multipurpose trail and new landscaping, including a new bio swale.

A: It is a system that removes silt and debris from runoff water using drainage inlets and vegetation. This keeps water from heavy rains from overburdening storm drains.

Q: How long will the trail be?

Q: Who can use the trail?

A: The trail will be open to the public and can be used for walking and biking.

Q: Will there be trees again along Arlington Drive?

A: Yes. There will be new landscaping, including trees next to the Fairgrounds perimeter, between the trail and the bio swale and next to the street.

Q: Will water-efficient irrigation systems be installed for the landscaping?

Q: When will the project be done?

A: Construction is anticipated to be completed in March 2018. The OC Fair opens July 13.

Q: Why is this project being done?

A: According to the city, the current bio swale and roadway conditions had deteriorated and the drainage systems were not handling the capacity needed to keep the area properly drained.

Q: Who is actually doing this work?

A: This is a City of Costa Mesa project. The Orange County Water District has completed the work to relocate its main distribution line. The City of Costa Mesa has contracted with Sully-Miller Contracting and Kabarra Engineering to do the rest of the work on the project including the new underground storm drain, trail, road improvements and landscaping.